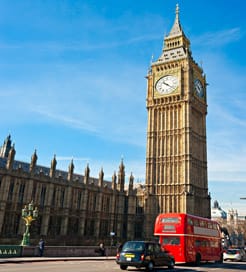 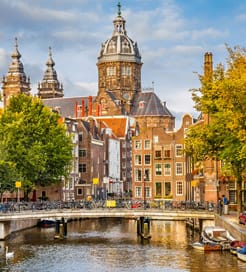 Compare ferries from England to Holland

As the frequency and duration of crossings on some routes varies we would advise that you do a live search for crossings from England to Holland to get the most up to date information.

Ferries from England to Holland

The Netherlands or Holland as its better know is a North European country bordered by Belgium and Germany, with a west coast on the North Sea.

Holland features numerous world famous cities including the likes of Amsterdam, Rotterdam, Utrecht and Delft.
The common depiction of Holland includes windmills, clogs and tulips however the Dutch have somewhat evolved away from this stereotype.

Holland is well known as a great destination for the tourist but has also recently been ranked as the happiest country in the world, which of course reflects the country’s high standard of living.

Year round ferry crossings connect the south, east and north east of England to Holland with a number of routes on offer, all operated by modern ships with cruise like facilities.

Though Holland is compact nation it has very accessible road links which makes it the ideal gateway to continental Europe - perfect for onward travel to Belgium or Germany.