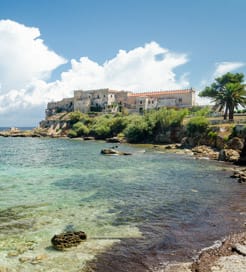 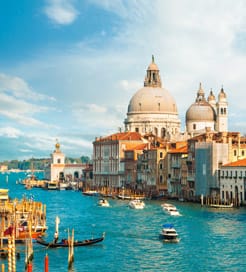 There is currently just the 1 ferry route running between Pianosa Island and Italy operated by 1 ferry company – Toremar. The Pianosa to Piombino ferry crossing operates weekly with a scheduled sailing duration from about 3 hours.

Whilst we’ve taken great care to ensure the information on this page is correct, as the frequency and duration of crossings on all routes can vary from time to time we’d advise that you get a live quote for current availability on this Pianosa Island Italy crossing between Pianosa and Piombino.

Ferries from Pianosa Island to Italy

Pianosa Island is part of the Tuscan Archipelago in the Tyrrhenian Sea off the west coast of Italy.

Although renowned primarily for its use as a penal colony and the place of banishment for Emperor Augustus’ grandson in Ancient Rome, Pianosa also offers a craggily picturesque landscape with some captivating ruins providing an insight into the island’s fascinating past.

Also, as part of a marine protected area, the surrounding sea is home to the richest and most varied marine life in the archipelago. Visitors can swim in the crystalline waters with lobsters, dolphins, striped mullets and many other vividly coloured fish.

As a popular day trip destination, Pianosa Island offers sailings back to mainland Italy and to the neighbouring Elba, another beautiful island in the Tuscan Archipelago. Pianosa’s port can be found on the eastern tip, with the routes operated by one of Tuscany’s leading ferry companies.

Italy is a boot-shaped peninsula situated in the Mediterranean Sea at the bottom of Western Europe, with the Tyrrhenian Sea to the West, Ionian Sea to the South and Adriatic Sea to the East.

Italy is the fifth most visited country in the world and contains more World Heritage Sites than any other country. Although Rome, Milan, Venice and Florence are the top tourist destinations in Italy, the country’s rich collections of art, culture and literature from many different periods and regions make it impossible to judge on where the most interesting location is.

With around four thousand miles of coastline, with countless gulfs, inlets, and long sandy beaches, Italy is truly adapted to the holiday lovers every need. Coastal cities with their sea resorts and awesome beaches are easily reachable by car with a variety of ferries and vessels large and small ready to sail you there.