FRS provides fast ferry services in the Strait of Gibraltar and Alboran Sea, between southern Spain and Morocco, with their fleet of high speed ships.

FRS provides fast ferry services in the Strait of Gibraltar and Alboran Sea, between southern Spain and Morocco, with their fleet of high speed ships.

Since the dawn of the millennium, FRS has been operating year round, fast ferry sailings between Tarifa and Tangier, the shortest connection between the two continents at just 35 minutes, as well as offering ferries to Tangier from Algeciras and Gibraltar.

With a fleet of modern, high-speed ferries ranging from smaller water taxis to vast catamarans, FRS has become the market leader for passenger and car crossings to and from Tangier, carrying more than 1.5 million passengers annually between Spain and Morocco. FRS has also been focussing heavily on internationalisation, growing itself from a regional operator to a worldwide business with offices in Europe, Africa, the Caribbean and the Middle East.

Directferries.ie provides an impartial ferry comparison service allowing you to view numerous ferry company timetables and fares in one quick and easy search. Compare FRS timetables and prices now with all alternative ferry operators before booking your ferry ticket. 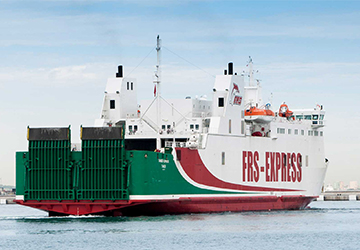 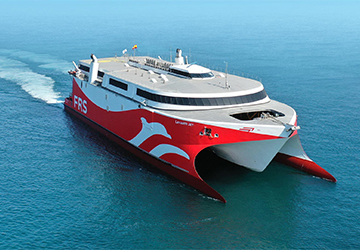 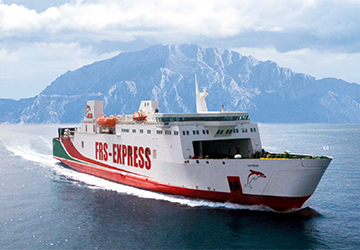 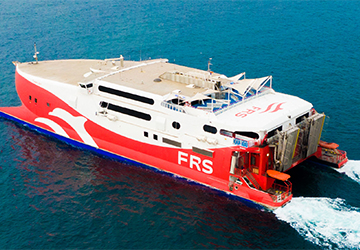 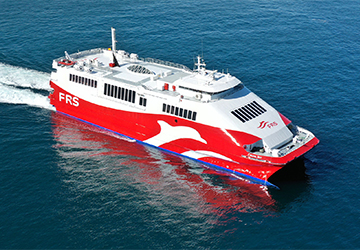 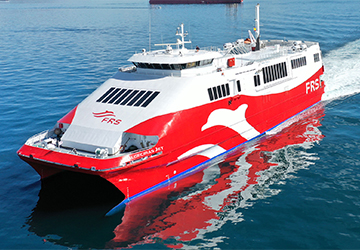