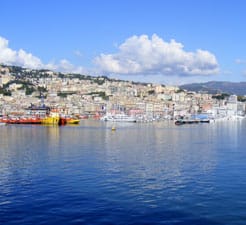 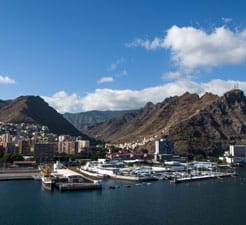 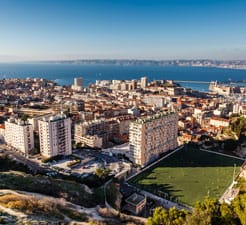 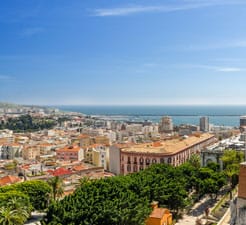 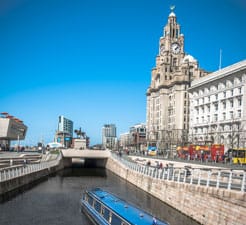 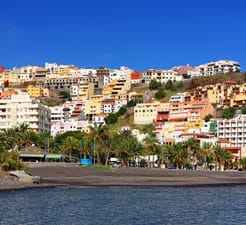 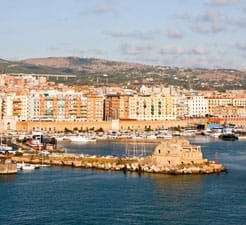 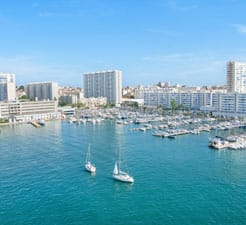 HarbourFront Centre ferry port in Singapore is served by a number of ferry routes with crossings to Harbour Bay, Batam Centre, Sekupang & Tanjung Balai available. With a selection of up to 28 Sailings Daily, the port of HarbourFront Centre connects Singapore with Batam & Great Karimun Island.

Although there is a brief summary on this page, as sailing information can vary based on time of year we’d advise you to get live sailing times and prices in our HarbourFront Centre fare search.

The HarbourFront Centre is a bold, sheer-walled complex with sharp square angles broken only by the curved glass lobby at its front. It has been a fixture of Singapore’s busy southern coastline since opening as the country’s World Trade Centre in 1977. At the turn of the new millennium, the building was converted into a swanky shopping mall featuring polished halls brimming with boutique stores and even a modern ferry terminal that has earned a reputation as a major gateway into Indonesia.

From its position on the central coast of the city’s downtown core, the Harbourfront Centre overlooks a narrow stretch of the Singapore Strait and the nearby island of Sentosa, its vista shaped by the contorted twist of rollercoaster loops and the spires of fantasy palaces found within the Universal Studios theme park. The centre’s promenade is a sight in itself too. The broad walkway is riven by a neat, slithering line where timber planks and paving meet, this border marked by flower-beds filled with palm-trees and exotic shrubs.

The port of the HarbourFront Centre is found at the western end of the promenade. It is a large facility serviced by a multi-storey car-park, a bus terminal, plenty of restaurants and bars, and a few nearby ATMs. Ferries depart from the end of an L-shaped pier that extends into the turquoise swell of the strait. The entire length of the pier is pathed by an undercover walkway that allows passengers to board the docked vessels without having to step foot outside.

The harbour is blessed with a host of transport links due to its prime location at the heart of Singapore. A vast number of bus routes operate from stations found outside the terminal entrance, most heading deeper into the bustle of the city via the lengthy West Coast Highway. The Changi Airport on the city’s eastern edge is just a 30-minute drive away too, a location that is also serviced by the East West Line high-speed train that stops close to the port. Those travelling to and from Sentosa can also make use of the regular tram service that whisks passengers high above the bridge that separates the island from the mainland.

A number of ferry routes currently leave from the HarbourFront Centre towards locations across Indonesia. Services operated by Sindo Ferry, Batam Fast and Majestic Fast Ferry lines make short, daily trips south to the ports of Batam Centre and Sekupang on the nearby island of Batam. Sindo Ferry also offers a weekly route to the Batam port of Waterfront. Another two journeys, hosted by Batam Fast Ferry and Horizon Ferry lines, takes passengers to the Indonesian island’s Harbour Bay port too.

How To Get To HarbourFront Centre Ferry Port