With the Directferries.ie Ferries to Rome guide get all the information you need to plan and book your ferry crossing.

We have all options to Rome covered with a large choice of crossings from the shortest and cheapest to the longest and most luxurious.

Find ferry timetables and prices for your ferry crossing to Rome by selecting your preferred route from the fare search, number of passengers, and then click search. 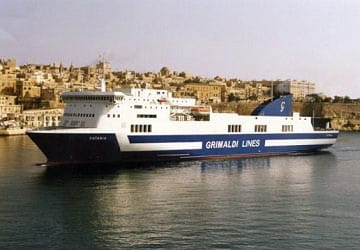 Routes and Ports in Rome